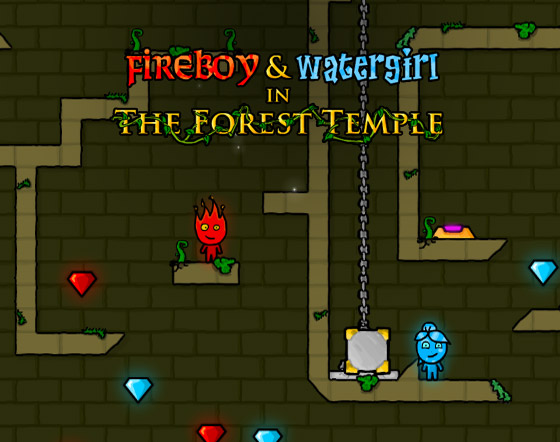 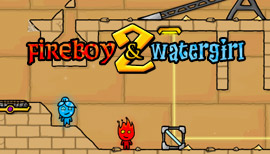 Fireboy and Watergirl 2 in The Light Temple In this place, the light not only shows the way but also creates it! 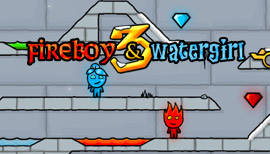 Fireboy and Watergirl 3 in The Ice Temple The cold chambers of this temple hide many secrets to discover. 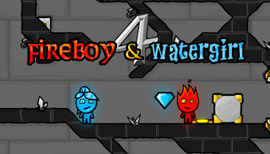 Fireboy and Watergirl 4 in The Crystal Temple These magic crystals hide passages through the temple. 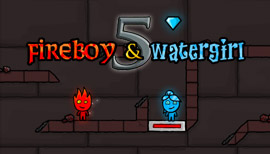 Fireboy and Watergirl 5 - Elements The temples of all the elements are waiting to be discovered.

The Fireboy and Watergirl game series was started by Oslo Albet in 2009 when the first part, The Forest Temple, appeared on the Armor Games website. It was something completely new among flash games. The game worked very smoothly, it was carefully made and what is most important was designed only for the multiplayer mode, in which players control two characters and through cooperation, they solve puzzles and move on platform levels to complete the stage. Depending on which character the player controls, gameplay significantly differs. Both characters have the same set of moves. However, the various things encountered during the game may be intolerably dangerous for one of them, and completely harmless for the other. Thanks to such a solution, players get different gameplay, and each player plays a crucial role in different moments of the game. Fireboy and Watergirl game is the most popular among children and youth. The game not only makes fun, but also teaches logical thinking, prediction and, above all, cooperation with a friend.

Five parts of the series have been created so far, but the first one is still the most popular one. However, all further parts introduce exciting mechanics that make the gameplay even more attractive. Mechanics like light streams, portals or advanced physics appear in the cold chambers of the Ice Temple. All five games are great entertainment for both children and older players. Cooperation with the other player provides a lot of fun, and it is an excellent opportunity to spend time together on the same side of the screen!

Fireboy is a male character of the series. He can collect red diamonds and safely cross the fire lakes. Water lakes and green moods are deadly for him. He's slightly stronger than Watergirl, as you'll see in the Ice Temple, where the characters will have to face the icy and snow-covered chambers.

Watergirl is a female character, and of course, she's most often chosen by female players. She can collect blue diamonds and safely cross the water lakes. Unlike Fireboy, Watergirl has to avoid fire lakes. The green mood is also dangerous for her. She isn't as strong as Fireboy, but it is very agile.